How does Paleo actually work? 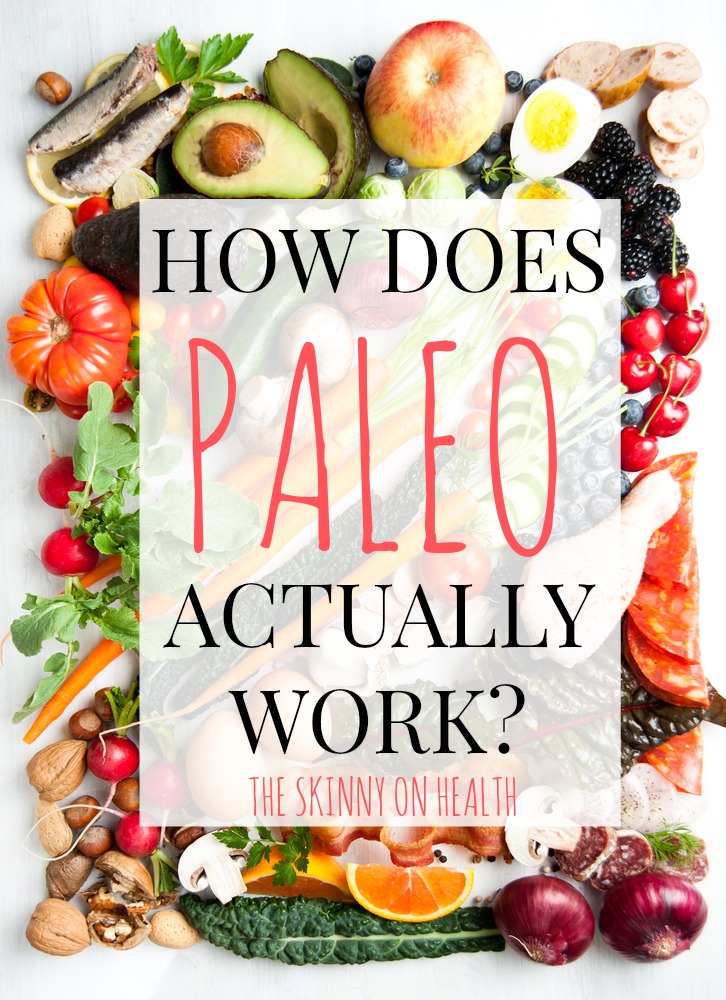 It’s May! You know what that means — the second installment of ‘The Science on Health’ is here! A very, very long time ago, I ‘mythbusted’ the Paleo diet. After learning more about it and about all of you, I now know I should have really given more of a science-based explanation as to why I don’t follow it or recommend it. So, here is some of the denser scientific evidence behind why the pillars of Paleo either work….or don’t.

So, let me just start by saying that the primary basis of the purported benefits of the Paleo diet is the emphasis on the consumption of omega-3 fatty acids.

Omega-3 polyunsaturated fatty acids (PUFA) have potent anti-inflammatory effects, as well as preventative effects against cardiovascular disease through various effects throughout the complex course of inflammatory reactions. However, currently, omega-6 PUFA are consumed much more regularly in the Western diet.

Omega-3 fatty acids affect a magnitude of factors involved in inflammation. These effects begin with competition between the omega-3 and omega-6 fatty acids in prostaglandin formation. Eicosapenaenoic acid (EPA) is the omega-3 fatty acid that competes for the SN2 position with arachidonic acid, an omega-6 fatty acid, for prostaglandin and leukotriene synthesis by the cyclooxygenase and 5-lipoxygenase pathways. When humans consume EPA, it causes a decreased production of prostaglandin E2 metabolites, a decrease in thromboxane A2, a decrease in leukotriene B4 formation, an increase in thromboxane A3, an increase in prostacyclin PGI3, and an increase in leukotriene B5. Thromboxane A2 is a potent platelet aggregator and vasoconstrictor. Leukotriene B4 induces inflammation and leukocyte chemotaxis and adherence. Thromboxane A3 is a weak platelet aggregator and weak vasoconstrictor. The increase in prostacyclin PGI3 leads to an overall increase in total prostacyclin, which are active vasodilators and inhibit platelet aggregation. Leukotriene B5 is a weak inducer of inflammation and a weak chemotactic agent. Omega-3 fatty acids modulate prostaglandin metabolism and decrease overall triglyceride levels. In high doses, they also lower cholesterol and have antithrombotic and anti-inflammatory effects.

Interleukins are cytokine proteins that promote cell growth, differentiation, and functional activation by interacting with immune and inflammatory cells. TNF-alpha (TNF), interleukin-1 (IL-1), and interleukin-6 (IL-6) are the most important cytokines produced by macrophages and monocytes, and can be very beneficial in response to infection. However, overproduction of these pro-inflammatory cytokines, particularly TNF, causes some of the pathological responses that occur in inflammatory conditions. IL-1 and TNF potentiate procoagulent activity, increase production of plasminogen activator inhibitor, help to form eicosinoids, increase leukocyte adhesion, and promote endothelial protein permeability – all of which contribute to inflammation.33 Several studies have shown that omega-3 consumption suppresses the capacity of monocytes to synthesize IL-1 and TNF in humans. Because IL-1 mRNA was also decreased where a suppression of IL-1 was seen, the cytokine suppression caused by omega-3 PUFA likely occurs at the transcription level. By suppressing IL-1, omega-3 fatty acids also reduce expression of COX2 mRNA that is induced by IL-1. Animal and human studies, except those on rats, support the hypothesis that omega-3 PUFA suppress cell mediated immune responses by inhibiting antigen presenting-cell function, increase membrane fluidity, and alter the expression of and vertical displacement of membrane proteins, ultimately suppressing inflammatory effects.

During early phases, inflammation shares similar basic mechanisms involving the adhesion of leukocytes to vascular endothelium as atherosclerosis. This is one of the reasons there is such a strong association, thought to be causal, between systemic inflammation and cardiovascular disease. Fibrinogen, a blood clotting factor and member of the acute phase response, is one of the inflammatory markers raised in those affected by chronic cardiovascular disease. Omega-3 consumption lowers the amount of fibrinogen expressed in the body.

Interleukin-6 (IL-6) is another cytokine, produced and released into circulation from subcutaneous adipose tissue, fibroblasts, endothelial cells, monocytes, and lymphocytes. Levels of IL-6 are proportional to BMI and percent body fat, and there is also strong evidence to support IL-6 having a central role in the inflammatory response. IL-6 is actually the only cytokine that can stimulate the synthesis of every acute phase protein involved in the inflammatory response: C-reactive protein, serum amyloid A, fibrinogen, alpha1-chymotrypsin, and haptoglobin. IL-6 has also been seen to be strongly linked to cardiovascular disease pathways and occurrence.

In addition to alterations in expression of IL-6 and fibrinogen, dietary omega-3 fatty acids have been shown to modify a number of factors involved in mediating cardiovascular disease, all decreasing risk. These benefits span from alteration in plasma lipids, including increasing HDL cholesterol and cholesterol excretion and tissue deposition, enhancing lipoprotein receptor turnover, reducing apoprotein B synthesis and lipoprotein release, and reducing triglyceride production and fatty acid synthase. Omega-3 fatty acids also reduce metabolism of omega-6 fatty acids and modify eicosinoids, having a protective effect against cardiovascular disease. Omega-3s also reduce adhesion of platelets, monocytes, and macrophages. These are among an extensive list of the effects of omega-3 PUFSs that likely protect against cardiovascular disease.