Why is it easier to gain weight than lose it? 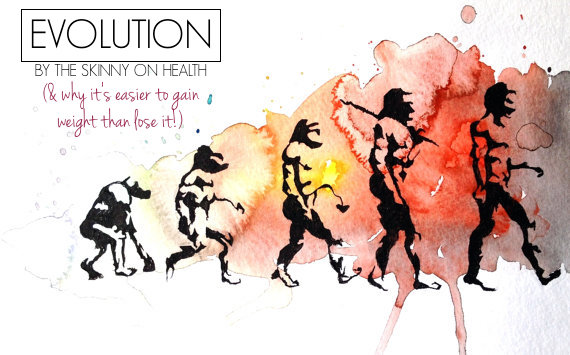 Eeeeek I am SO excited to share my new site/brand/business/whatever-it-is with you all! I am in full-prep mode while finishing up my research and dietetic internship rotations, and continuing to have an awesome summer in Seattle. But seriously, it is REALLY hard to keep this big secret from you guys! Currently, the plan is for it to go live in late September (the 3-year anniversary of TSOH!) after some more designing and tinkering to make it perfect.

Also, I am looking for a new intern to start this September/October — preferably a student who is willing to work for free nutrition and fitness products, memberships, and consulting, so contact me if you or anyone you know is interested!

I’m also going to Europe (Portugal/Spain/Poland/Austria) in about 5 weeks, right in the middle of the design process! Hopefully my trip will inspire some new creative concepts for the site…

Anywho, let’s give you guys something to chew on in the meantime.

Kind of a bummer.

Why is it this way though? Why do our bodies basically want to gain weight?

I studied evolutionary biology at USC and was so fascinated by this concept: back in the day (think caveman days, the OG Paleos…), it was an advantage to be able to gain weight well. Think survival of the fittest status.

If a human gained weight easily, that meant they easily stored fat (duh!). So, it times of famine (like when it was really cold and hard to hunt, or the animals or fish migrated somewhere new) when there was not enough food, those with more stored fat could survive, while those who were less able to store fat died out.

So, your human ability to gain weight more easily than lose it means that your ancestors were genetic badasses who could totally hold their own when it came to starvation times.

The next time you get annoyed that you gain more easily than you lose, think about why and remember that your ability to do that makes you a more efficient human. And, if we (heavens forbid) have another period of famine coming up, you are going to survive and reproduce because of it.

Also, I’m reading this really interesting book that is totally stirring up my passion for evolution, particularly human evolution, and the brain. So, if you’re interested at all in evolution, brains, or cool stuff, I highly recommend getting your hands on a copy of The Madness of Adam and Eve