The Skinny on Diet Coke 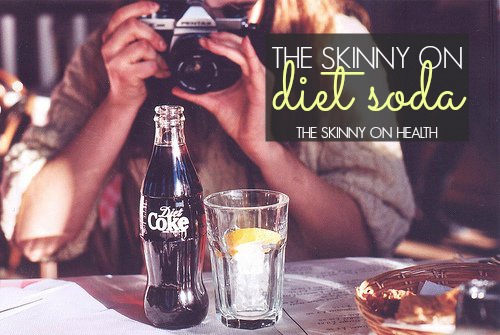 So we of course all know that soda and sugary drinks are terrible for your health, right?

But what about diet coke? For some reason even a few of the most health conscious people I know still have their diet coke vice. Or, they drink diet coke and don’t actually think it’s bad for them.

No sugar and no calories sooo….that’s healthy. If it’s not healthy, it’s at least not going to make you gain weight, right?

So instead of using sugar, diet sodas are sweetened with artificial sweeteners like aspartame, cyclamate, saccharin, acesulfame-k or sucralose.

If that isn’t gross enough for you, let’s get into the science and evidence-based research on the topic.

In a study published in the journal Circulation in 2008, which followed 9,514 people for 9 years, drinking artificially sweetened beverages was associated with a 34% greater risk of developing the metabolic syndrome.

Metabolic syndrome basically means your body is more at risk for developing serious diseases, like diabetes, heart disease, and stroke.

Drinking diet soda thus increases your risk for developing both obesity and those risk factors and diseases.

In fact, there were three studies (1/2/3) that found diet soda — not all sodas, but diet in particular — increased risk for developing diabetes. This connection is not only strong, but is even stronger in women than men…yikes.

Several studies — and I mean a TON of studies — have found that drinking diet soda is associated with weight gain and obesity. (1/2/3/4/5/6)

This is likely because the fake sugars in diet sodas increase appetite and food intake.

Drinking diet sodas was even associated with preterm births and depression. Y-i-k-e-s.

Basically, diet sodas are not in the clear because of the lack of calories and sugar. They are packed full of harmful chemicals and artificial sweeteners that post their own health risks, and drinking them is flat out unnatural and not safe.

What do you guys like to drink instead of soda and diet soda?