I can’t get no Satisfaction 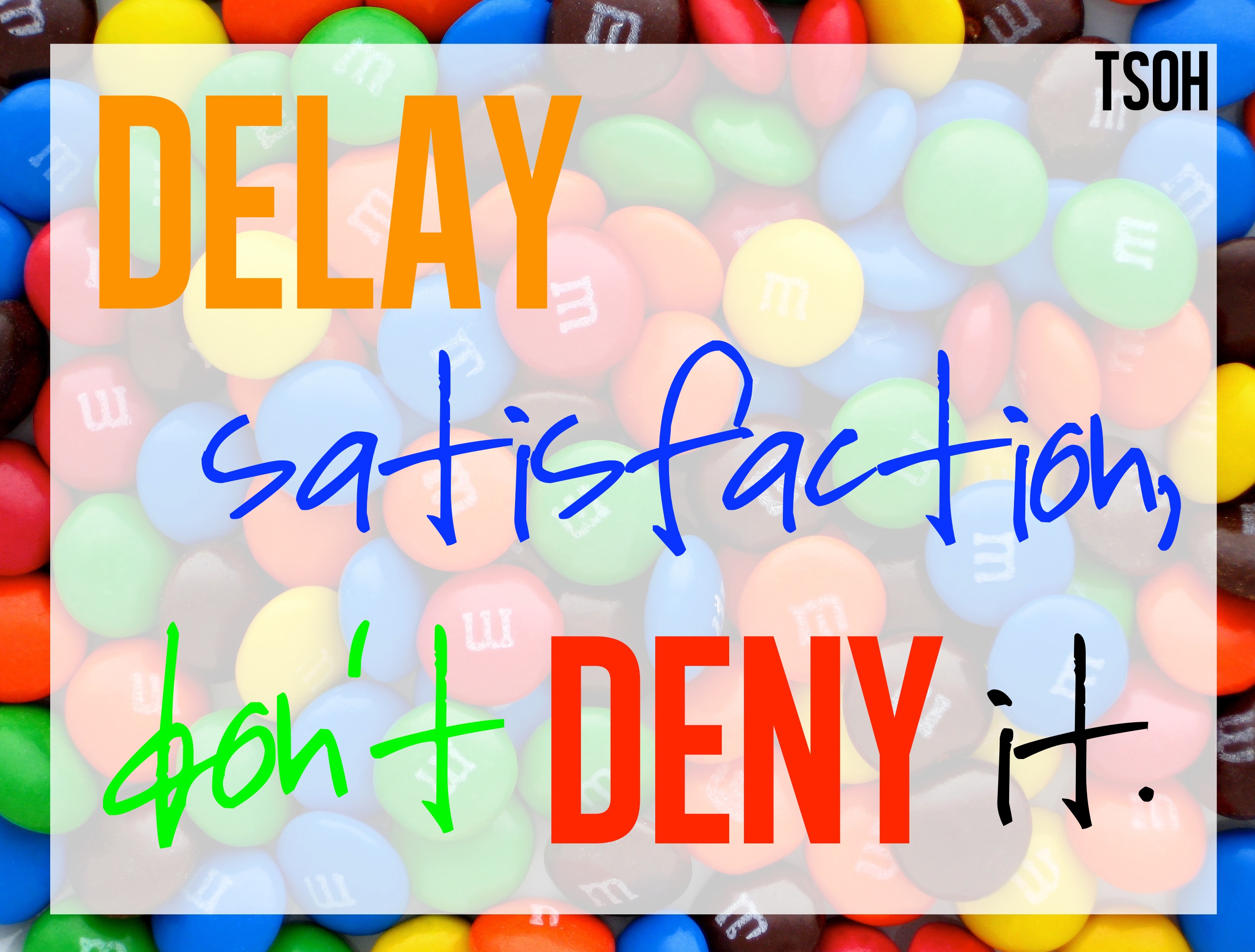 Hey everyone! Sorry I’ve been completely MIA for a couple days. I had an awesome & busy weekend at home in LA collaborating with GiGi Eats Celebrities, getting an awesome workout with Christine Bullock & MNBing with the inspirational Lorna Jane at a Fit Approach event. Not to mention the amazing Justin Timberlake concert where I could have sworn he was singing to me (though I’m pretty sure every girl there thinks that…*swooooon*). Heads up though, I’m not going to be posting 7 days a week anymore. Let’s be real, that’s crazy for a full-time grad student and I’m no use to you if I’ve gone crazy! So, we’re gonna drop it down to 5 (less recipes and more science!) and see how it goes!

I’m going to share with you guys one of my absolute FAVORITE experiments. Sounds boring, but it affects all of us and our behavior when it comes to food and teaches us a valuable lesson about how to control our eating better.

Basically, a big group of subjects were divided into three smaller groups & had no idea what the study was about. Then, they were individually placed in a room alone with a survey. They thought the researchers were studying whatever was in the survey, but it was just a distraction. What they were really studying was the bowl of M&Ms in the room.

Group 1: The researchers told the subjects “Fill out this survey and I’ll be back soon. Have as many M&Ms as you want!”

Group 2: The researchers told subjects “Fill out this survey and I’ll be back soon. Do NOT eat any M&Ms.”

Group 3: “Fill out the survey and I’ll be back soon. Don’t eat any M&Ms, but you can have some when I get back.”

In every case, when the researcher came back, he allowed the subjects to eat the M&Ms. What do you think happened?

Group 1: The subjects ate some M&Ms.

Group 2: The subjects ate more M&Ms than any other group….seriously, these guys scarfed down those babies.

Group 3: The subjects ate the least M&Ms of any groups, close to the same as group 1.

So what does this tell us?

Denying gratification when it comes to food (especially treats) makes us want them more. Have you ever noticed that you want more unhealthy food when you feel like you’re not allowed to have it? When you say “I’m on a diet! NO YUMMY FOOD!” you should pretty much know you’re about to be elbow deep in a pint of ice cream. This experiement scientifically proves that. When we tell ourselves NO, we are dying to break the rules and cave.

What this experiment also tells us is that when we tell ourselves not YET, we end up wanting the food less than when we even allow it! This is HUGE! This means that saying, Lisa, you can have a cookie after eating healthy today will not only help keep me on track eating healthy, but will make me crave that cookie LESS.

Try this technique out. After reading the study, I tried it, and now I live by it. If I wake up craving sweets or pancakes, I’ll say to myself Healthy breakfast first, then you can indulge later today. And you know what? I rarely actually indulge.

Delay your satisfaction, don’t deny it. Once you finally allow yourself some “M&Ms,” you’ll deserve them and you’ll feel good about it. Better yet? You probably won’t even take advantage.

Have any of you tried this technique? Did it work? What about denying foods while dieting? Did that crash and burn? What do you do when you’re craving unhealthy foods? Share your thoughts!